Strong women of the U.S. West are the inspiration behind Shari Jenkins artwork and her new fabric line Lipstick Cowgirl. 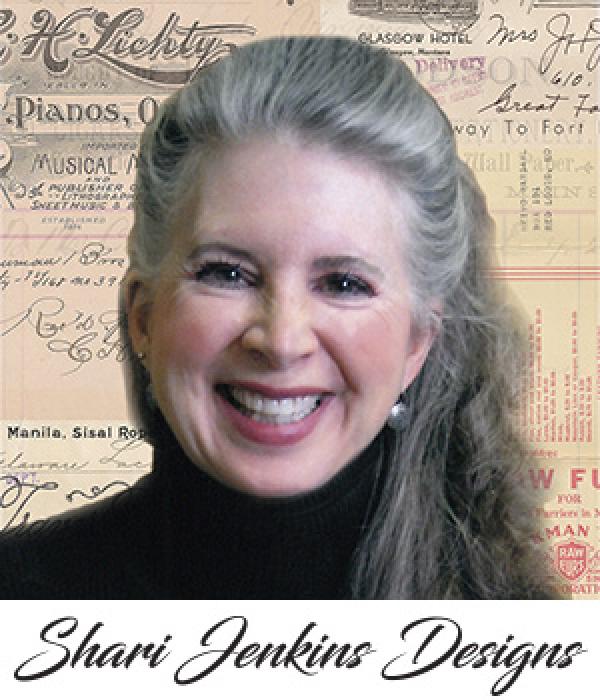 With that kind of inspiration, it's not surprising that Shari is a strong, Western woman herself. With no formal art training, she’s parlayed her love of color, texture, and a night class in Photoshop into a career. Today, her art can be found on mugs, posters, and bookmarks. And now, on Moda fabrics. 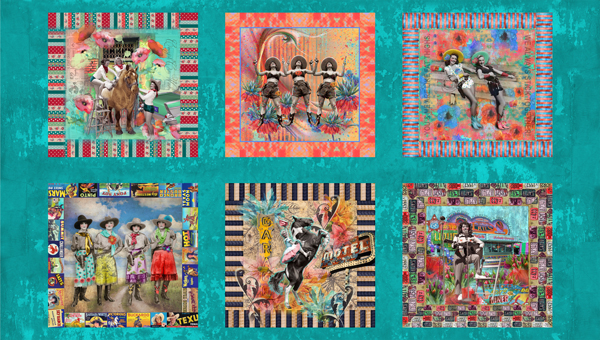 Shari grew up on a ranch in Montana and has lived in several Montana cities and towns. Along the way she collected old photographs. Many were missing a corner or had some other damage and in order to restore them, she took a night class on Photoshop. “You could never learn all the cool stuff you can do with Photoshop,” says Shari, but that didn’t stop her from trying. She quickly realized that it was possible to scan three-dimensional items, too, and she began combining the scanned images with her favorite vintage photos. “I’d scan buttons, leaves, and old garters—I even scanned a dead dragonfly I found in my driveway,” she says with a laugh. 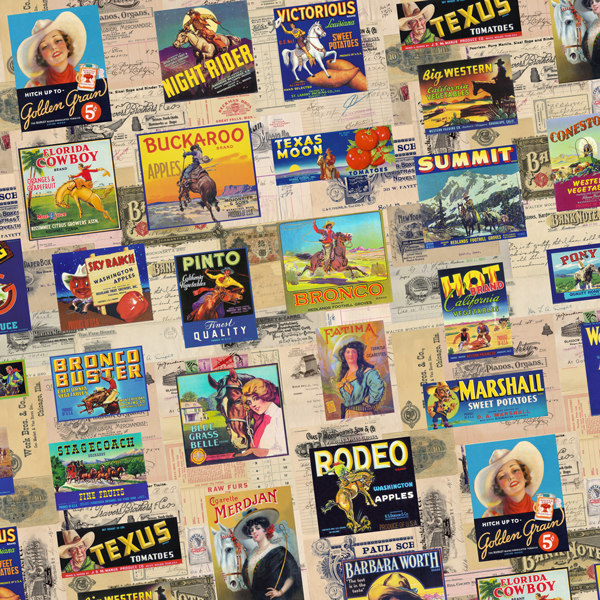 When the economy tanked in 2008, Shari got a call from her sister who’d sent Shari a present for her birthday but hadn’t included a card. The reason?  “A card is expensive and will just get thrown out.” That was a lightbulb moment for Shari, who came up with the idea of cards that could live second lives as bookmarks. She started designing bookmark cards in earnest and six years later Leanin’ Tree, a family-owned card company from Boulder, Colorado, purchased Shari’s card company. Shari continues to design for Leanin’ Tree, which puts her artwork on cards, magnets, wine glasses, and more. 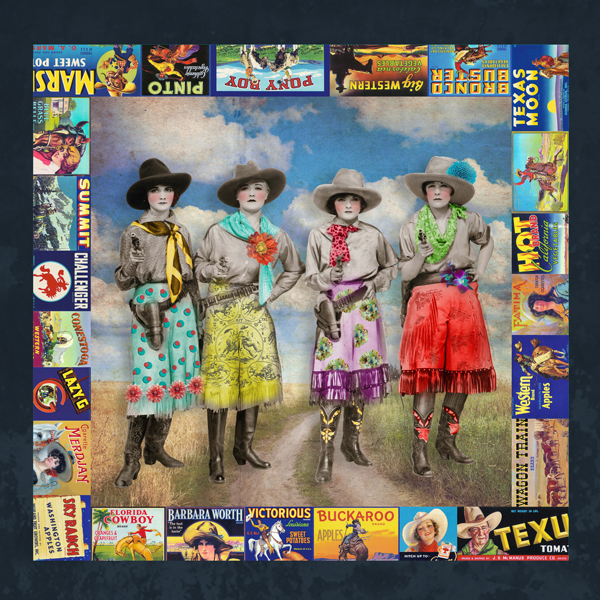 That artwork typically begins with a vintage photograph to which she adds depth by combining it with 80 to 100 additional layers. These layers include scans of everything from that dead dragonfly (it’s appeared in several of her designs) and other three-dimensional objects to photographs she’s taken. “I love to combine archival materials with beautiful materials to create something that’s really unique,” she says. 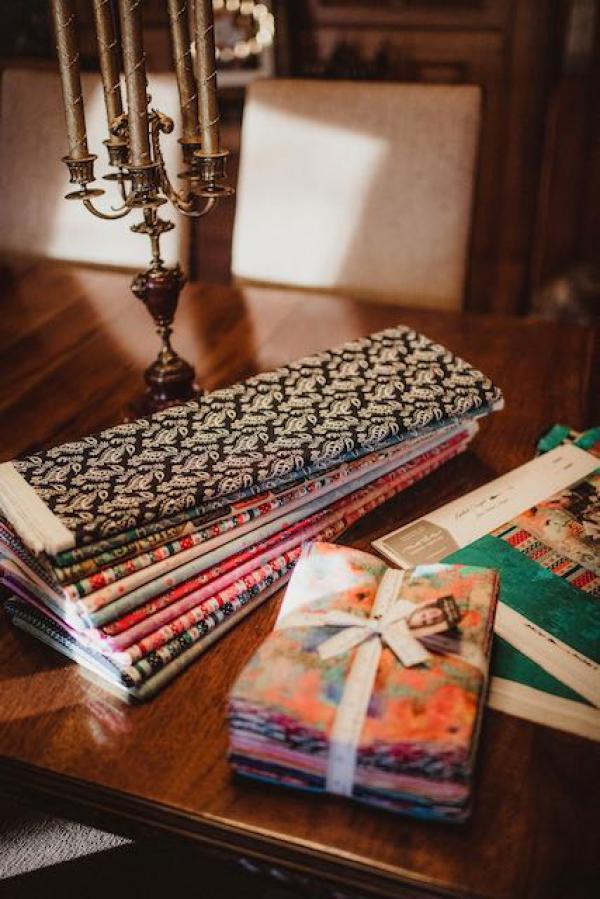 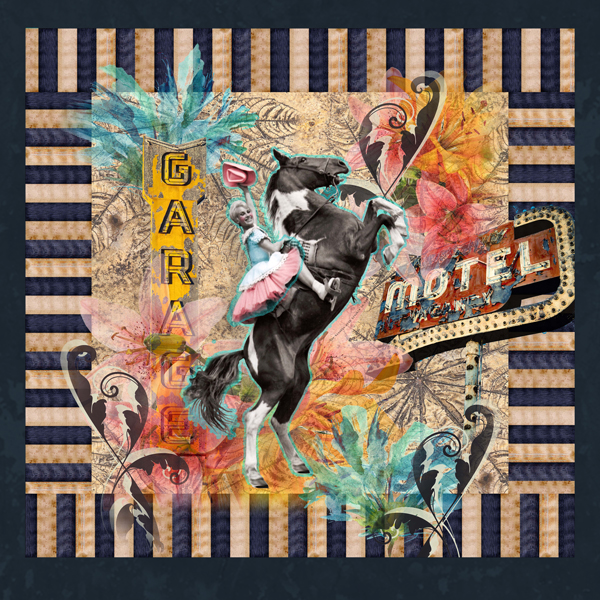 The image of a cowgirl on a rearing horse started as a black-and-white picture that Shari colorized in Photoshop for a hand-tinted look. The final design incorporates her photographs of signs, of antique floral postcards, and of swirls, patterns, and splatters she’s captured from vintage ephemera. She never knows where she’ll find the textures and shapes she’s looking for. “I visited an old house, where they’d used newspapers for insulation and they’d fallen out of the wall and were rusty-looking and wonderful,” she says. “They give the design a fossilized look.” Her Cowgirl Carwash image includes a scan of her very own, worn blue jeans. “It’s like a treasure hunt, finding every piece,” she says. “They’re so much fun to play with.” 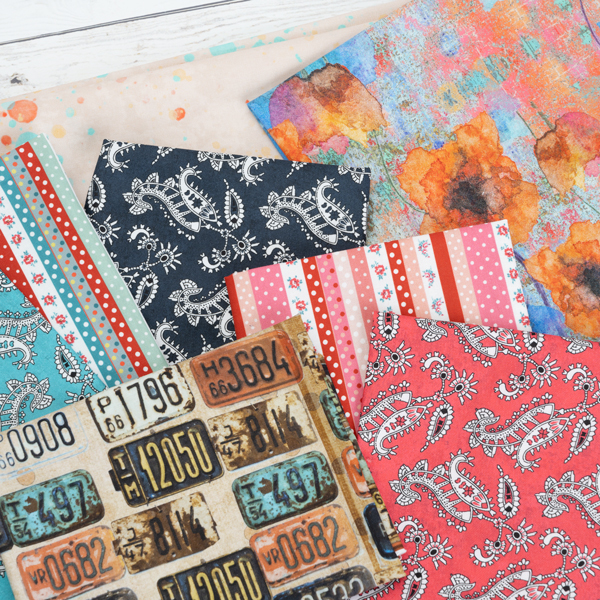 In addition to imagery, Shari’s artwork often includes a pithy saying. She cites her Dad as an early inspiration for these aphorisms. “He knew every funny old Western saying there was,” she says of the man she describes as a poet and all-around good writer. “He really had an impact on my cards.”  Phrases like “The only thing better than a good friend…is a good accomplice!” and “You know, we wouldn’t have to pray so much if we didn’t misbehave so often” can be found on many of her designs, including her Moda fabric. 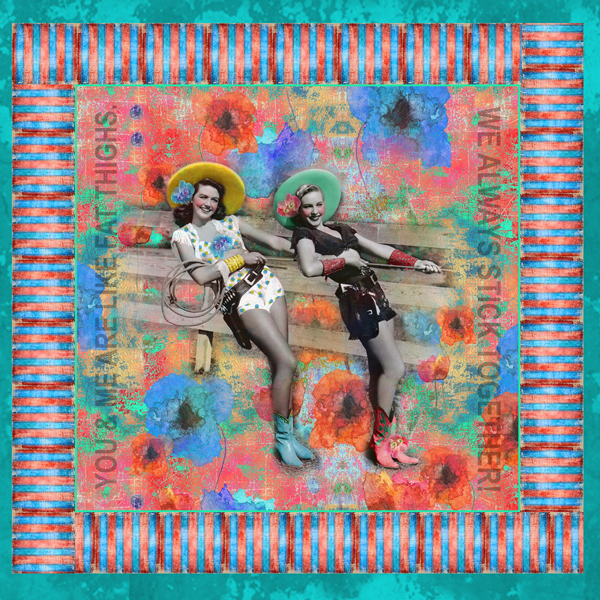 “The important thing for me with my work is to get people to laugh,” says Shari. “When you laugh, there are good endorphins that surface.” 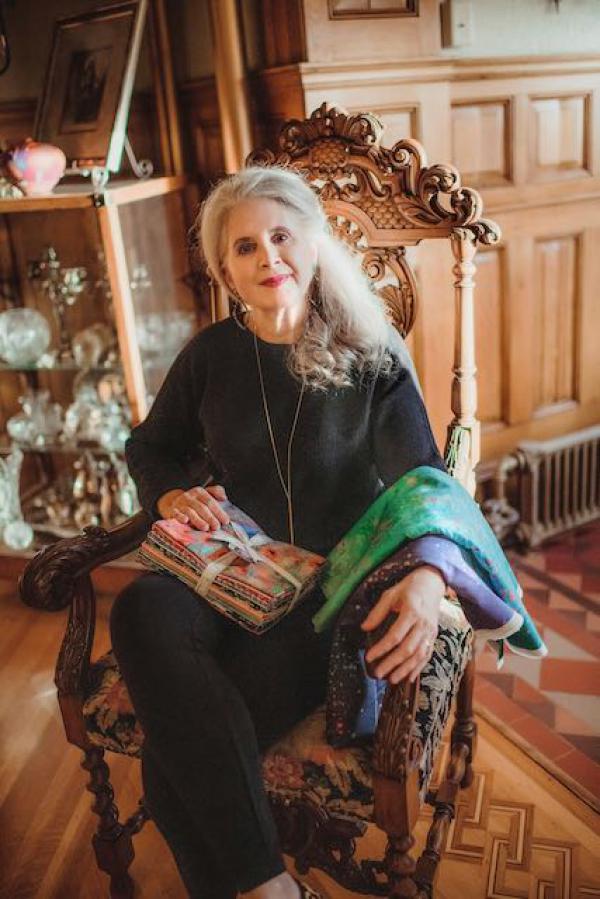 Though she doesn’t sew, Shari’s excited to work with Moda. “So many people have told me that they’re the best,” she says. “As soon as the first sample showed up and I was feeling them I thought this feels like a cut above—it’s real quality.” 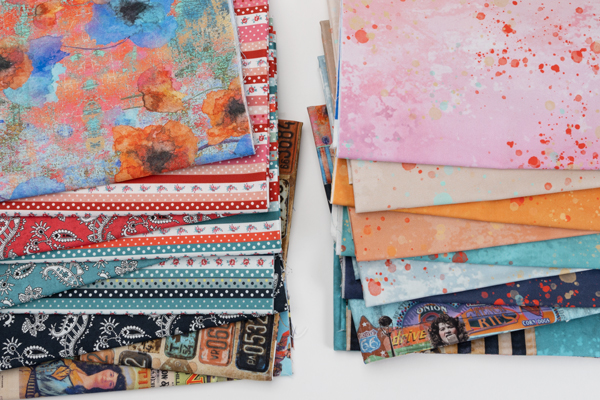 Shari’s fabrics will be in stores this coming June, so whether you live in Boston, Bainbridge Island, or Bozeman, get ready to release your inner buckaroo and sew (and laugh) with Lipstick Cowgirl. Yee-haw!